We’ve been looking at tetrachords as the building blocks for the layout of the modern keyboard and have found that they also explain the existence of modes; that two successive tetrachords make the heptatonic scales possible.

What should be more clear as we move forward is that modes are not found by just playing from different notes of the major scale; that would seem to imply that the major scale exists all on its own and therefore so would each mode, but rather, they are impossibly linked together. To understand where modes come from, we have to look at where tetrachords come from. To understand where tetrachords come from, we have to look at the relationship between the perfect octave and the perfect fifth. To know those two intervals is to understand the physics of sound, where this is all really coming from.

Now we can begin to look at how the tetrachords can be built starting from any note using our tone and semi-tone intervals. Now the results will be in combinations of black and white keys.

The Lydian arrangement of white keys: 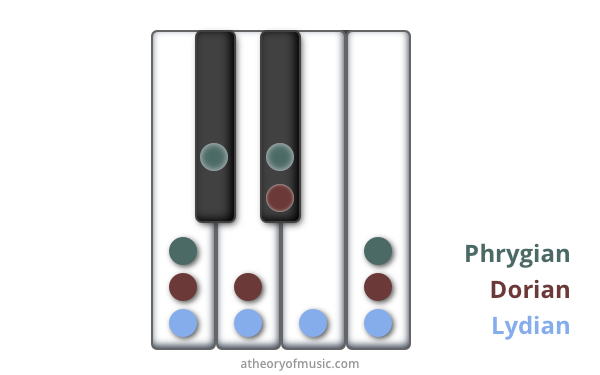 From the Dorian arrangement of white keys: 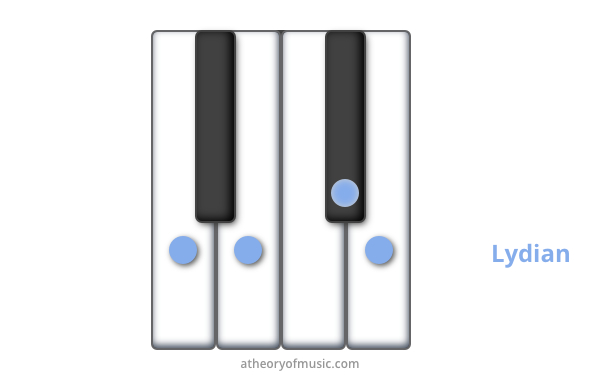 From the Phrygian arrangement of white keys: 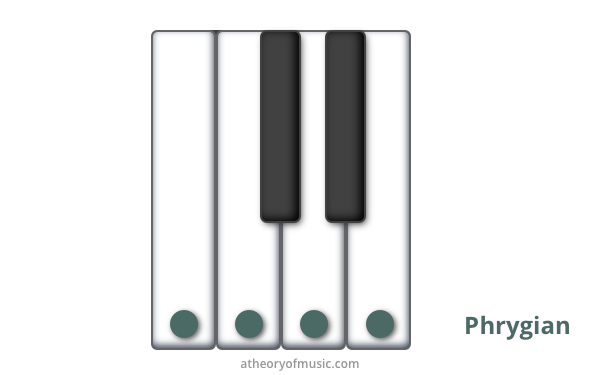 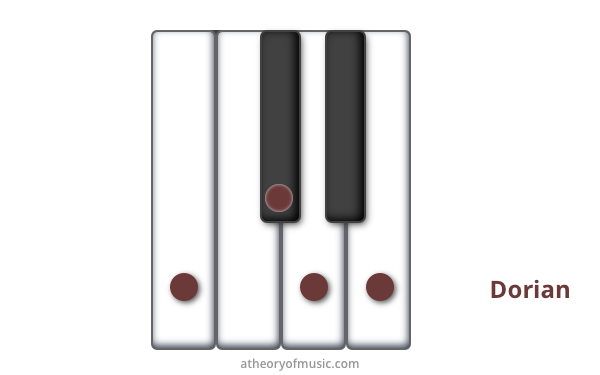 I’ve mentioned before that our 12 unique tones fit equally within the interval of an octave, but with the idea that we have to believe that they do. If we accept that no single note is more important than any other, it becomes much easier to understand the relationship of one tone to another. This is really an over simplification of a very complex problem, that the notes don’t actually fit equally within the interval of an octave. The letter names that we will eventually give these notes are like variables used to hide numbers that don’t really add up.

There are only a few more tetrachord patters left on the piano that fit our criteria. We’ll look at those in the next few posts.

Listen to Human Once, a collection of music for solo piano.

Inventions is a collection of electronic compositions and experiments.