In the hierarchy of harmonic function, everything begins and ends with the tonic. It takes a certain amount of deliberate intention to set things in motion, namely in deciding how far away that first leap from the tonic will be, but there are decidedly fewer decisions to be made after that. In the previous post and in the introduction to secondary dominants, I mentioned how everything moves toward and away from the tonic at all times. That’s a pretty foggy assessment, and there are always exceptions, but I think it’s a statement worthy of further discussion. The image below illustrates a I-ii-V7-I progression as it appears in the context of the circle of fifths.

Looking at the circle of fifths should make it fairly obvious that pitches are not really as close to one another as we’re led to believe, like when we look at the notes on a piano. We think of ‘D’ as being a neighbor to ‘C’ in a diatonic scale, that they are separated from each other only by the interval of a major second. When ‘D’ functions as the supertonic to ‘C’, however, the distance between them has now grown to equal two perfect fifths. In this way, we can imagine that ‘D’ is really much closer to ‘G’ than it is to ‘C’.

The example below should be familiar to most. It’s the first four measures of Bach’s Prelude in C major from book 1 of the Well-Tempered Clavier. The I-ii-V7-I progression could be considered a matter of convention in so much of Bach’s music, and there is no better place to see it than in this particular prelude.

There are a few things that should be considered in regards to the two-chord in this example, which is really the main purpose of this post. Unlike the one-chord that it follows, it is not a triad, but a seventh chord; which means that it has a fourth voice that is a minor seventh above its root. The addition of this note is to prevent octaves from moving in parallel motion, an egregious  error in counterpoint, which would occur if two triads moved step-wise in the same direction. The error is averted through the use of oblique motion, with the root of the one-chord now acting as the seventh of the two-chord.

Seventh chords can have a bit of ambiguity to them because they contain two triads that share two notes. In mostly subtle ways, this implies that a seventh chord can function according to the role of either of those triads, or to at least engage in a bit of deception. In the case of our two-chord, it has the minor tonality of the supertonic combined with the major quality of the subdominant. We can see this in the example below, that there is the distinct possibility that depending on the particular inversion of a chord, we might be able to have more than one way of naming or describing its function.

For me, what can make this confusing at times, is that I tend to look at everything through a lens that is heavily focused on jazz theory. I tend to imagine jazz as being somewhat object-oriented, for instance, that it’s not unusual to think about a chord without considering how it functions, that it can be isolated and exist on its own and for its own sake. From a perspective that is decidedly more classical in nature, there is little distinction between form and function, that when speaking about one, you’re also speaking about the other. A jazz musician might answer the question “why’d you do that” by saying “because I wanted to”. A classical musician might answer that same question by saying “because I had to”, or that “there was no other way”.

It’s impossible to say that one way is better than the other, and certainly not an argument worth having, because the truth is that there’s no real difference in the end.

Listen to Human Once, a collection of music for solo piano. 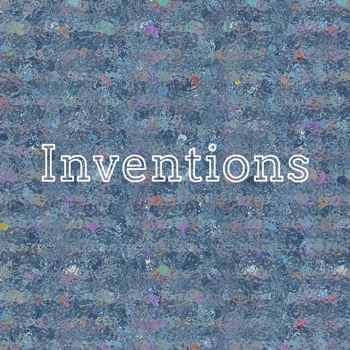 Inventions is a collection of electronic compositions and experiments.